(No Codes/No Light) Diagnostic using a PicoScope 4425a

Customer’s concerns were verified at slow speeds and light braking. Vehicle’s ABS system would activate intermittently. Right wheel speed sensor was replaced, Brake Control Module was replaced with a used unit, the module did not need to be coded to the vehicle.

During the test drive, the technician observed that the ABS would activate under braking at random times and it was intermittent. The powers and grounds to the ABS module were verified to be operating as designed. The tire sizes were noted to be all the same and matched the vehicle’s tire specification placard. Tire pressures were set to the placards specifications and tires were observed to have 4/32nds of tread with no damage.

The two traces represent the front wheel speeds which are received by the PicoScope via hall effect sensors. Green is the front right wheel speed and Blue is the front left. As you can see, the speed at which the ABS system activated after sensing a “wheel slip” event is incredible. It happened 24ms after the ABS Control Module detected what it thought was wheel slip. That’s approximately 4 times faster than a blink of an eye!

The ABS event is indicated by the upward shift in voltage. Fortunately, the shift in voltage became an indicator during the analysis of the data that helped track down the cause of the customer’s concern.

The issue was resolved by replacing the passenger side axle. 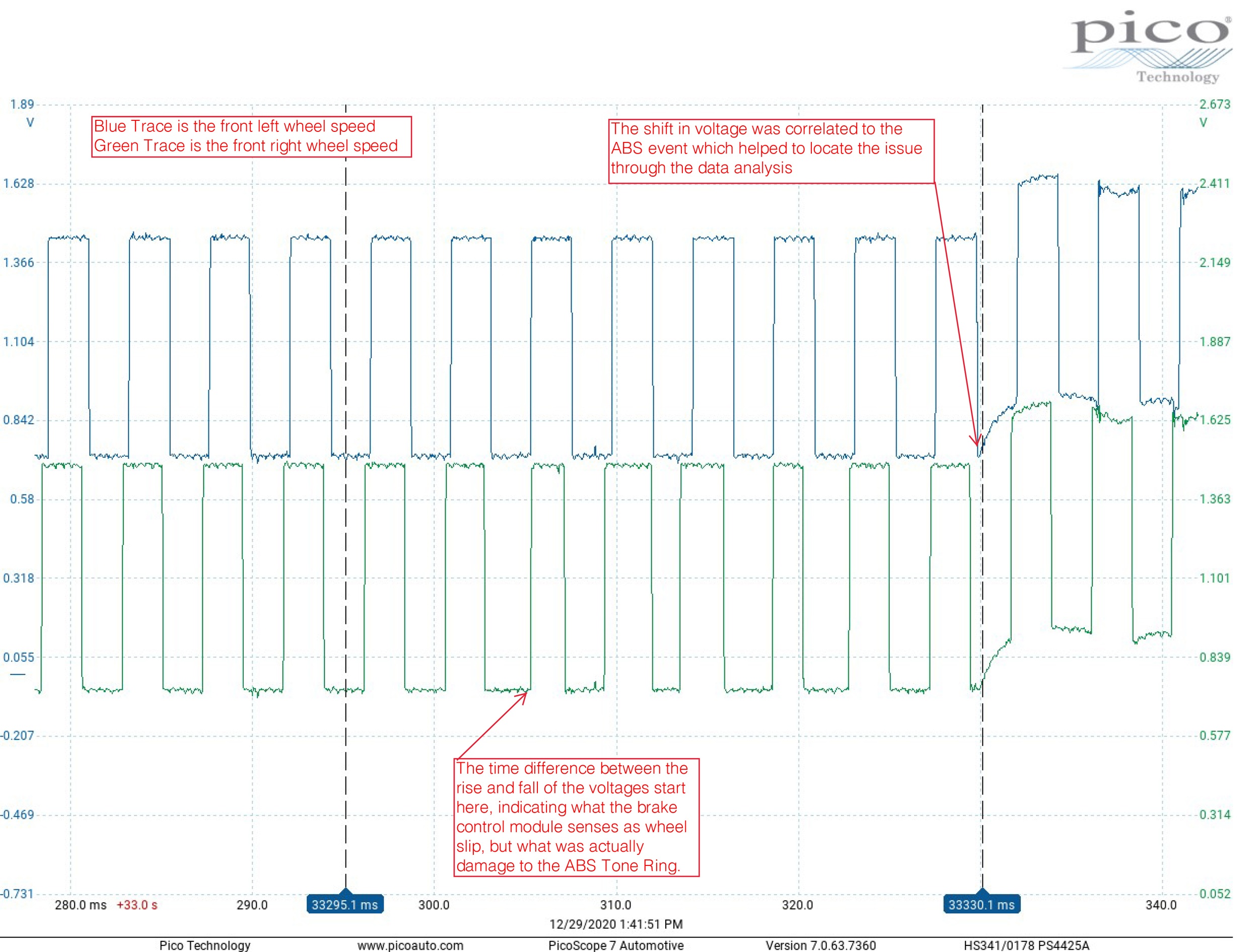 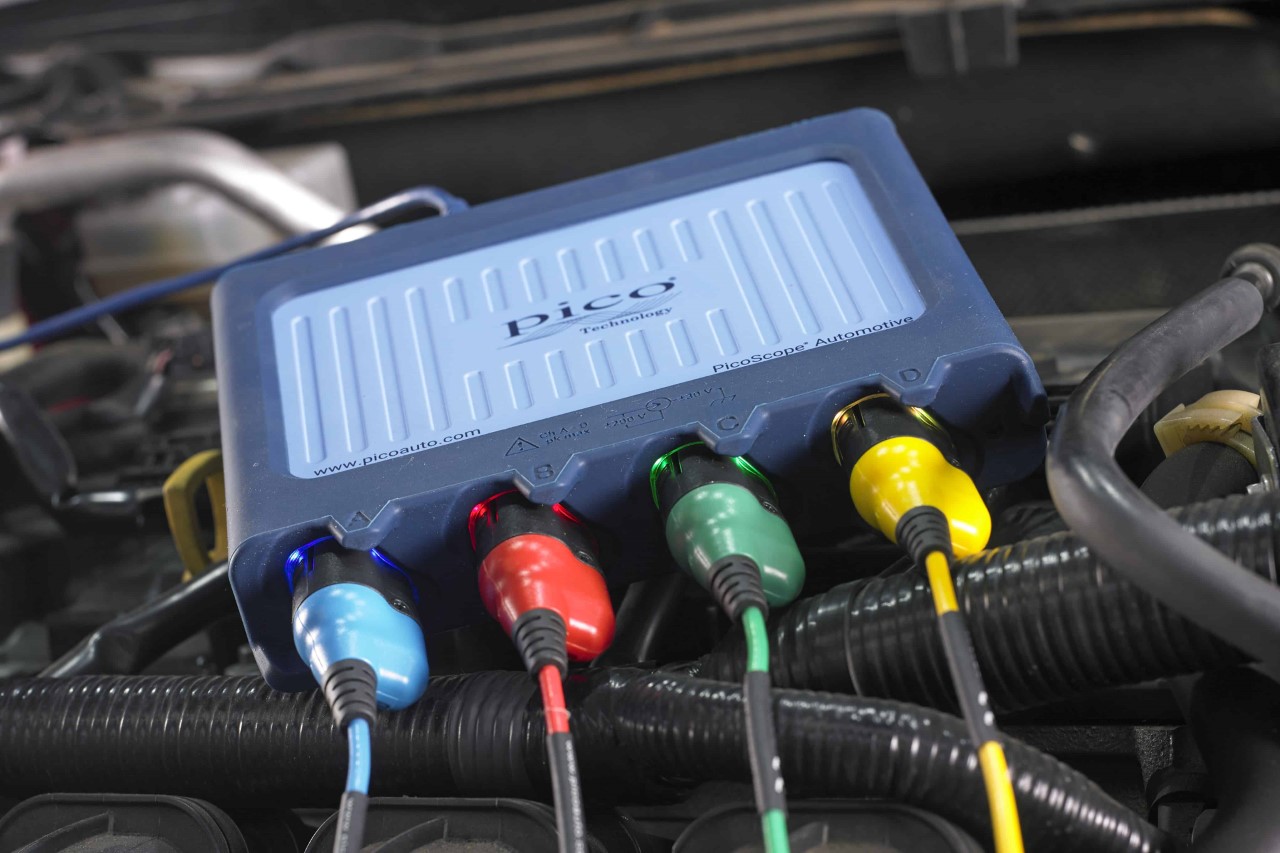